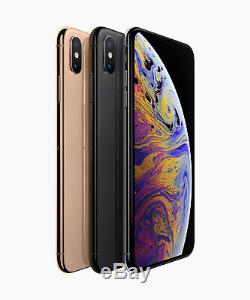 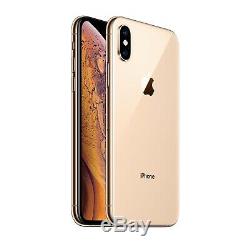 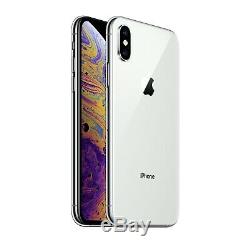 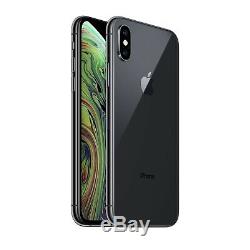 The custom OLED displays on iPhone XS deliver the most accurate color in the industry, HDR, and true blacks. The most durable glass ever in a smartphone.

The glass back allows iPhone XS to charge wirelessly. And it charges even faster than iPhone X. Gold and space gray finishes use an advanced physical vapor deposition process on the stainless steel bands for colors and reflectivity that beautifully complement the glass. Security is simple when your face is your password. You can unlock your iPhone, log in to apps, and pay for things with a glance. Its the most secure facial authentication ever in a smartphone. And now its even faster.

This is the smartest, most powerful chip in a smartphone, with our next generation Neural Engine. For amazing augmented reality experiences. Incredible portraits with Depth Control. And speed and fluidity in everything you do.

The worlds most popular camera is defining a new era of photography. Where an innovative sensor works with the ISP and Neural Engine to help you create photos like never before. New secondary frames, a faster sensor, and the powerful A12 Bionic chip bring more highlight and shadow detail to your photos. A new sensor creates better image fidelity, greater color accuracy, and reduced noise in low-light shots. Portrait mode photos look even more professional thanks to a sophisticated background blur.

Now you can adjust the depth of field in portraits after you shoot. With /1.8 wide-angle lens, /2.4 telephoto lens, 2x faster sensor for Smart HDR across your photos, Portrait mode with Depth Control, 4K video up to 60 fps. With /2.2 wide-angle lens, Portrait mode with Depth Control, 1080p HD video up to 60 fps. IPhone XS delivers Gigabit-class LTE for superfast download speeds.

And up to 512GB of storage, making this our highest-capacity iPhone yet. Every decision that goes into iPhone makes it stand apart. From the way its made, to the way we build in privacy and security from the start, to the innovative ways we recycle components.

Rated IP68 (maximum depth of 2 meters up to 30 minutes) under IEC standard 60529 ³. Lasts up to 30 minutes longer than iPhone X¹³. Wireless charging (works with Qi-certified chargers). Charging via USB to computer system or power adapter.

Up to 50% charge in 30 minutes. With 18W adapter or higher (available separately).

Weight: 6.24 ounces (177 grams). We reserve the right to cancel any order that is deemed to be high risk. Our feedback system is automated.

Item must be in the original unused condition (if applicable). We are not responsible for any damage of the item while in transit back to us. APPLE IPHONE XR 64GB 128GB 256GB UNLOCKED ANY CARRIER WORLDWIDE ALL COLORS. This listing is currently undergoing maintenance, we apologise for any inconvenience caused. The item "APPLE IPHONE XS 64GB 256GB 512GB GRAY GOLD SILVER UNLOCKED ANY CARRIER" is in sale since Wednesday, May 27, 2020. This item is in the category "Cell Phones & Accessories\Cell Phones & Smartphones".tech" and is located in New York, New York. This item can be shipped worldwide.